If there has been one blessing about this awful year, it’s that I’ve learnt how to switch off from technology and take a little bit more time to do other things. One activity that has instantly become a firm favourite is reading. Reading has been a great way for me to relax and switch off from the world that seems to be imploding around us. Adding reading into my bedtime routine has helped me feeling truly tired before bed and made it easier to fall asleep. I also feel more restful when I wake up in the morning.

I’ve read quite a few books during the year so I thought I would highlight my favourites below. I love to mix up my reading list and try to get a good mix of both fiction and non-fiction books. If you’d like to check out my thoughts on all the books I’ve read in 2020, you can check out my Goodreads!

Where the Crawdads Sing – Delia Owens

After being recommended by every reader I know, I finally got round to reading Where the Crawdads Sing. What a beautifully written, lyrical book.

The author is a nature writer and it shows in the beautiful and vivid descriptions of every aspect of nature in this book. Being totally honest, if you’re not use to reading books as descriptive as this, you might struggle. I certainly did for the first few chapters but the pay off is worth it and by the end I was sorry that it had ended.

But I only gave it 4 out of 5 stars…So why 4 stars? Honestly, I felt like the pacing was slightly off, the end felt very fast and I did struggle with the descriptive writing for the first few chapters. It got to the point where I did have to push through but as I said, I’m glad I did. Even with 4 stars and it’s ‘faults’ I’d still put this in the category of one of the best books I’ve read all year – maybe even one of the top 3!

Crazy Rich Asians was one fo the first fiction books I read in 2020. I read this after watching the film on my flight to Florida last November and it was so good that I was desperate for a sequel. Imagine my delight when I realised it was a three-part series! I didn’t think I could love the book more than the film but I did. I devoured it and went from reading the odd bit on my commute to reading whenever I could. It was just so feel good and funny. I found myself hiding my laughter when reading it on public transport but it was difficult. I really connected with Nick and Rachel and loved seeing the opulence and crazy spending of Nick’s family and friends.

If I Never Met You – Mhairi McFarlane

I’m always down for a chick-lit and prefer to read them after reading something a bit more heavy just to lighten the burden on my soul. I’m not exaggerating when I say If I Never Met You is one of the best I’ve ever read!

It was the perfect chick-lit for the 21st century balancing up women & how they view themselves and a good old fashion love story where we fall in love with the male lead by the end. Mhairi MacFarlane’s writing around the break up was so raw, I felt it! Being able to relate may have helped but it fired me up and I was right there with Laurie, the main character when she confronted it later on in the book. I laughed, I cried and I had a huge smile on my face by the end which is all I ever ask from chick-lits in the first place!

After ‘If I Never Met You’, I thought I’d found my ‘chick-lit of the year’ book but The Hating Game came incredibly close to the top spot. The classic hate-to-love story which is one of my favourite chick-lit genres, I just couldn’t put this book down. The main character Lucy is so relatable as she tries to one-up the guy she sits opposite in the race for promotion. Of course, you can see where it’s going right from the start; however, it made the journey no less enjoyable. I actually listened to the audiobook on audible as I had a spare credit going and I found that I started taking myself out for walks just so I could put my headphones in and listen to it uninterrupted. I loved it so much that I bought the paperback too so I can consume it however I choose. It was a fun, easy to read enjoyable experience that had me grinning from ear to ear.

Apparently, they’re turning this into a movie with Lucy Hale as main character Lucy and Austin Stowell as the intimidating Joshua. Where can I buy my tickets?

I’m part of a book club where The Nightingale is recommended A LOT, so I wanted to see what all the fuss was about. I enjoyed this book a lot and can totally see why it was hyped up. Set during the occupation of France in World War II, the story follows the lives of two sisters, Vianne and Isabelle, and their very different ways in helping the war effort. I felt pulled into the story so quickly and unlike some other reviews I’ve seen on Goodreads, I loved the descriptive text. I’m quite an impatient reader but in this case, I didn’t mind that it took the author a while to make her point as I felt it enhanced my experience within the story.

I wasn’t sure how The Nightingale had affected me emotionally until the very end when I sobbed like a baby. Honestly bring tissues because the end of the book is a complete rollercoaster for the emotions.

What I will say though, is that there are a few inconsistencies in this book but I can overlook that because the story was so beautiful and one I will think about for a long time.

Blood Orange was also another book club recommendation that I’m very thankful I took. If you like books like ‘Girl on the Train’ and ‘Gone Girl’ you’ll enjoy this. We follow the life of successful barrister Alison so immediately I was pulled in as I have such an interest in jobs in the law industry. Alison is an incredibly frustrating character that can’t seem to get her act together. Whilst it’s annoying, you can’t help but feel that something is a bit off with the whole situation. Blood Orange is dark and disturbing and without giving away the ending, very satisfying. I read it until 1am in the morning as I just had to know how it ended!

Michelle Obama is one of the most inspiring women of our generation. Her memoir, ‘Becoming‘ was released last year and it was a pleasure to read about Michelle in her own words. She’d had a lot of crap slung at her for a number of things – her race, the fact she’s a woman, who her husband is – but her own words show resilience and more importantly, what really happened. I enjoyed the second half of the book a lot more than the first but all in all, it was a great autobiography that I really enjoyed and urge women to read!

I’ll admit I only wanted to read Normal People so I could watch the TV show and I hate to not read the book version first if there is one. Sally Rooney’s second book, Normal People has a special something that’s hard to put your finger on but is just a pleasure to read. The story of Connell and Marianne and they growing up and intertwining in and out of each other’s lives is something I could relate to. The only thing I will say is that Sally Rooney’s style of writing threw me off in the first instance – there are no speech marks! But once I’d gotten my head around it, this was an easy and quick read and left me wanting more.

My final recommendation is an oldie but an absolute goldie. I’d never read Little Women before but watched the 2019 version of the film last year and fell in love with it. The book explores the characters further and sets them up for more fun adventures. The story is slightly different in parts but the general gist of the book is the same. There’s only one real word you can use to describe the book and that is ‘wholesome’ – it was pure, wholesome fun that just made me smile. It took me a while to get my head around the style of writing – it’s not exactly a modern book – but it was easy to follow once I’d gotten used to it.

The Ride of a Lifetime – Bob Iger

The final book in my list of ten best books I read in 2020 goes to a non-fiction. The Ride of a lifetime by bob Iger was easy to read and gives a real insight into how he ran The Walt Disney Company for fifteen years. Half memoir, half lessons in leadership, the book gives insight into the behind the scenes of Disney’s greatest deals such as the acquisitions of Pixar, Marvel and Lucasfilm without getting too bogged down in the details like some of the Disney history books can.

The book had a natural flow with the lessons in leadership at the forefront of any story he had to tell. It’s evident that he has always tried to instil a culture of integrity at Disney in everything he has done there which is why he is so popular with the fans. A must-read for a Disney fan that likes to know the inner goings-on at the company.

So those are ten books I read in 2020 that I think my readers would also enjoy. Let me know any book recommendations down below and I’ll be back soon with another book club post! 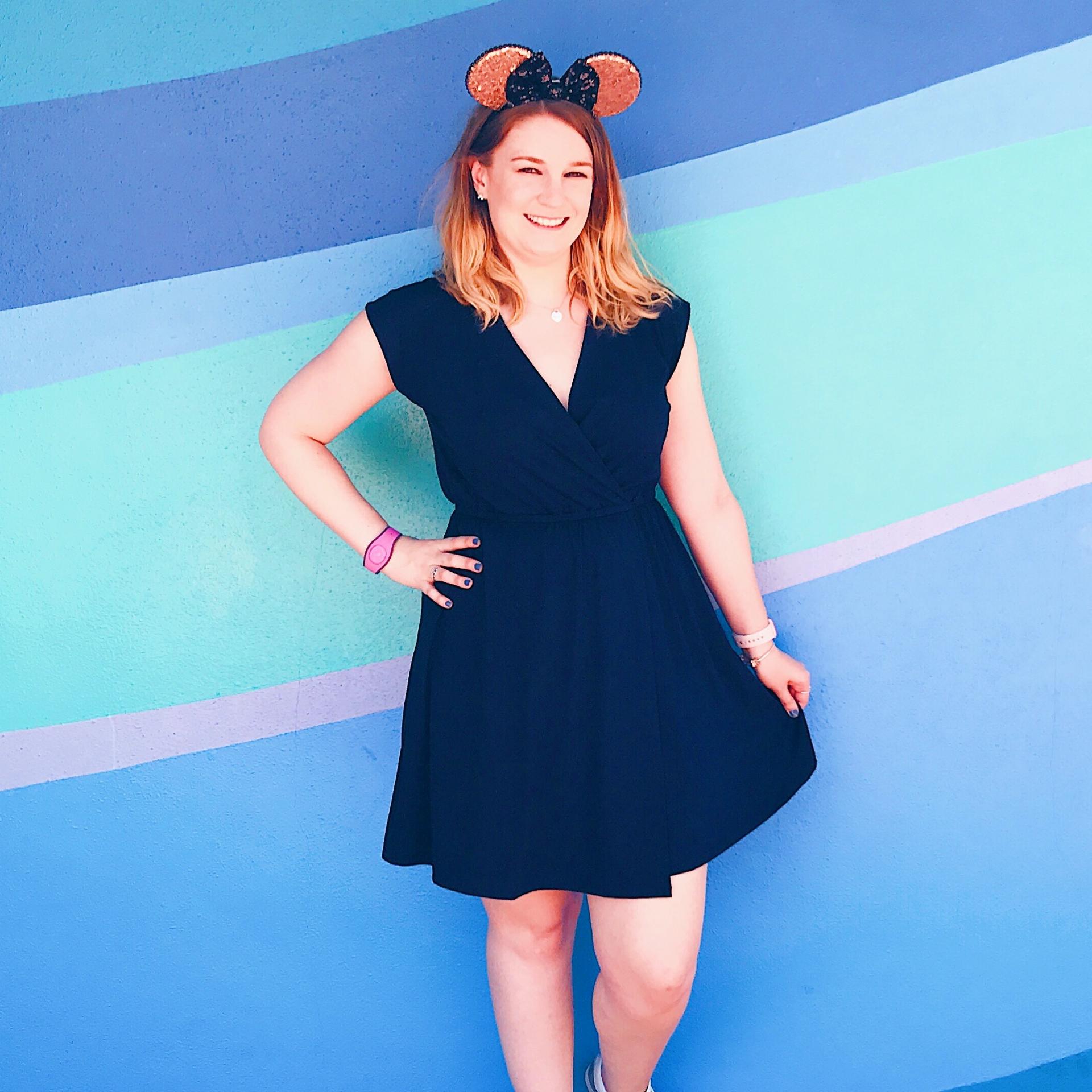