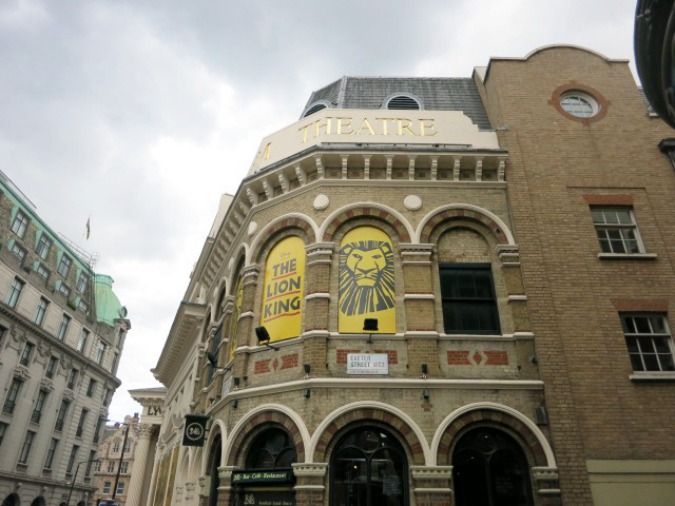 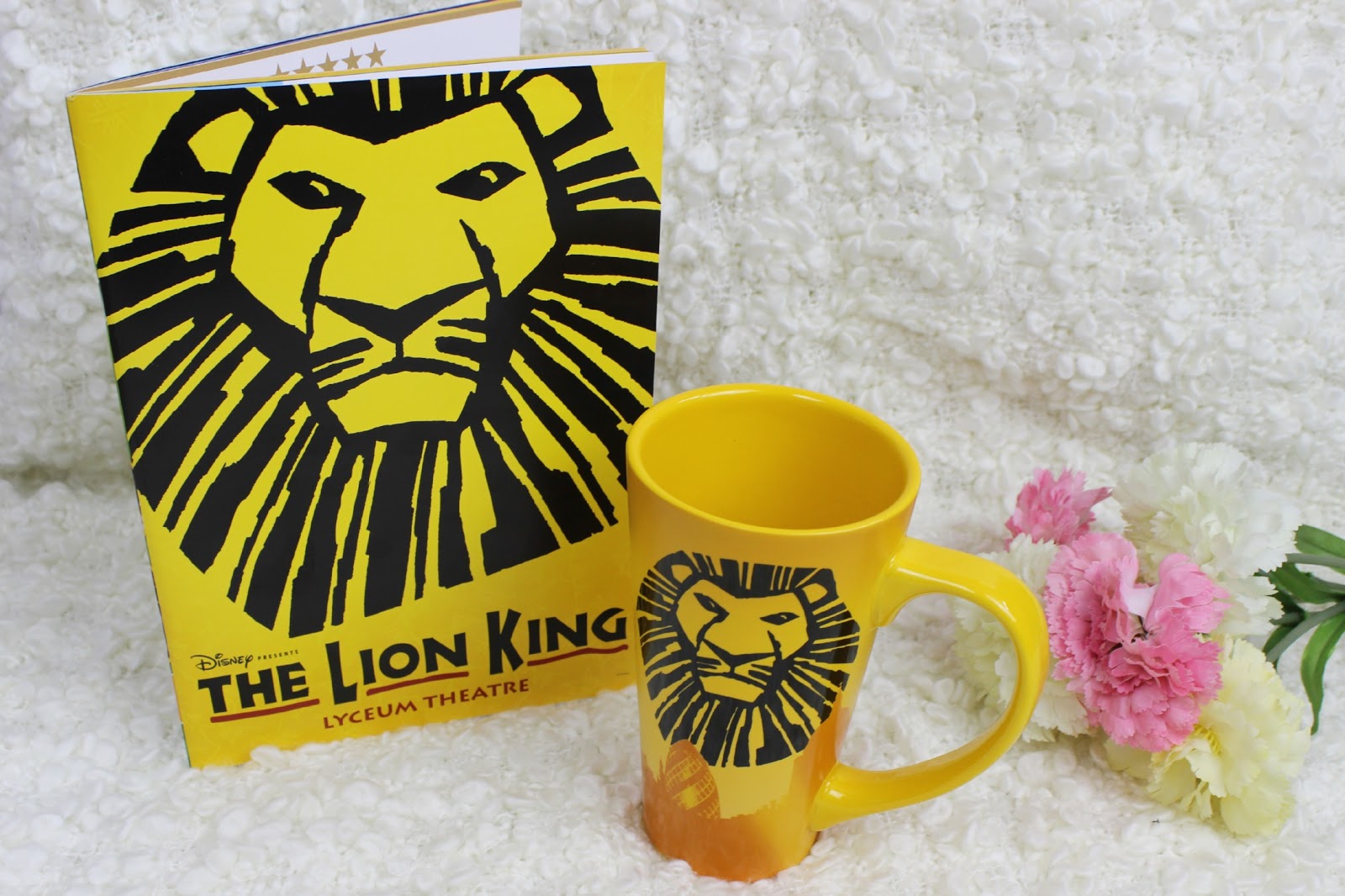 Some of you might not believe this, but even though I’m a Disney obsessive and it’s been playing in London since 1999, I’ve never seen The Lion King on the West End.  There’s no real excuse for it other than never getting around to it, oh and not being London based I guess.  For my 25th birthday last week, boyfriend spoiled me with a day out to London that included going to see The Lion King.  I was so excited when I opened my card in the morning and the tickets fell into my lap.  There was definitely a happy dance!  As I know so many of my readers are Disney fans I thought I’d share my thoughts on the show.

We saw the matinee (which I usually worry about as it is not always the main actors but the understudies. p.s I needn’t have been!) and were sat in the Grand Circle.  We had a fantastic view of the entire stage and the front of the stalls so could see when the cast came through the audience.  As expected, within thirty seconds of ‘Circle of Life’ I was crying because I was overwhelmed with how beautiful the first scene of the production is – luckily I’d packed tissues!  The story is extremely close to the 1994 Disney film and included all the big musical numbers.  It didn’t take much for me to start dancing in my seat and singing under my breath – especially during ‘I just can’t wait to be king’ and ‘Hakuna Matata’.
My favourite characters were Timone and Pumba and Zazu, who was simply fantastic – as good as Rowan!  I also thought that the adult Simba was incredible.  His solo number – ‘Endless Night’ was by far the standout performance of the show.  I think my favourite ‘non film’ song was ‘They Live In You’ sung by Mufasa during the first act.  It’s been on repeat on my spotify playlist now for over a week.  The costumes were visually stunning with so much detail going into each and ever one.  The set, although simple in the most part was beautiful and set each scene perfectly
In terms of shows, I’m just going to throw it out there – it’s not the best musical I’ve ever seen – that title still belongs to Phantom of the Opera on Broadway.  I’ve been really fortunate to see some other incredible shows on the West End and on Broadway – but I still really, really enjoyed The Lion King!  I think most of that was to do with the fact that it is actually the story of The Lion King which come on, let’s face it is probably in most peoples top 10 Disney films.  Would I go and see it again? – Absolutely.  I’d love to see it on Broadway at some point as well.
Have you been to see The Lion King? What were your thoughts?