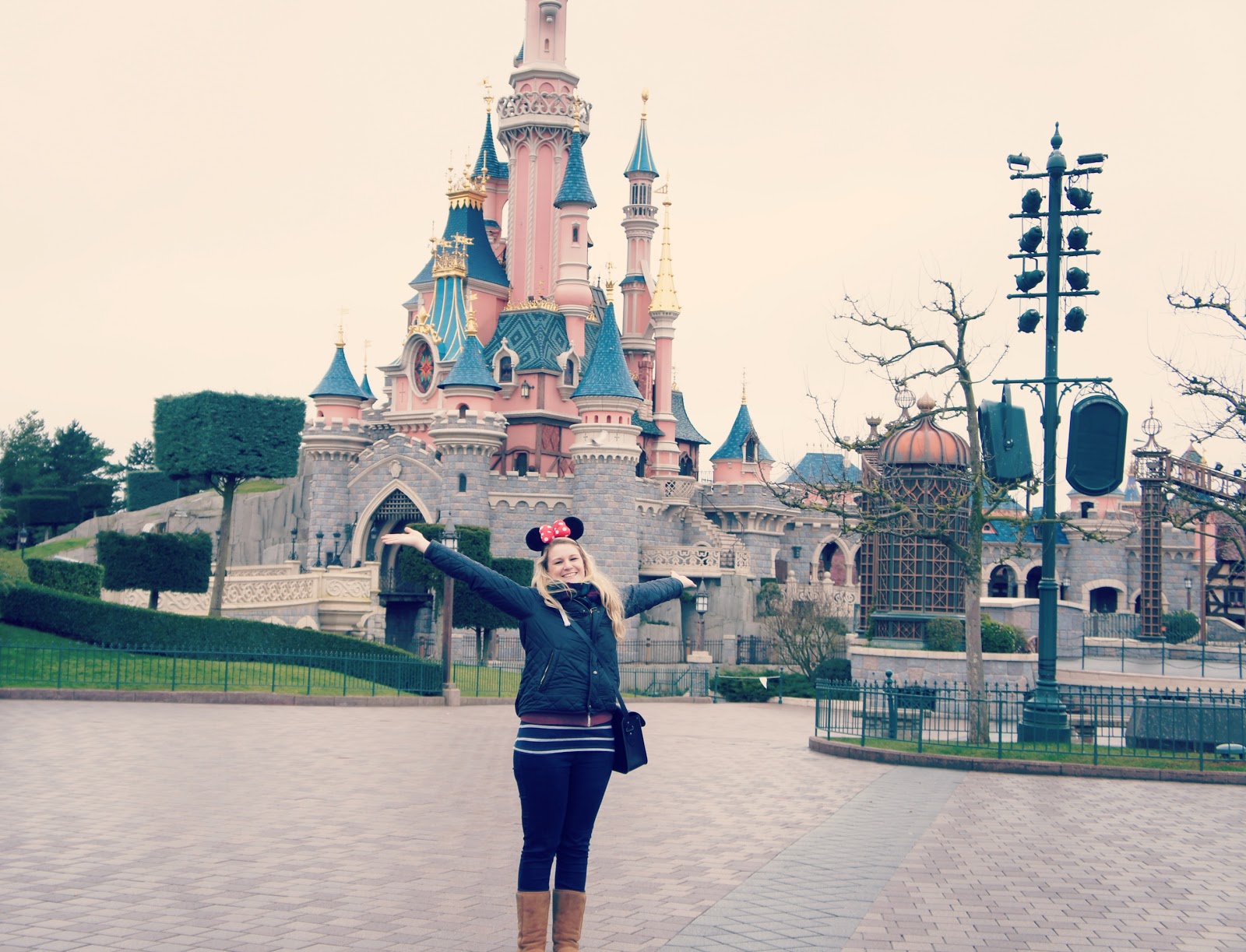 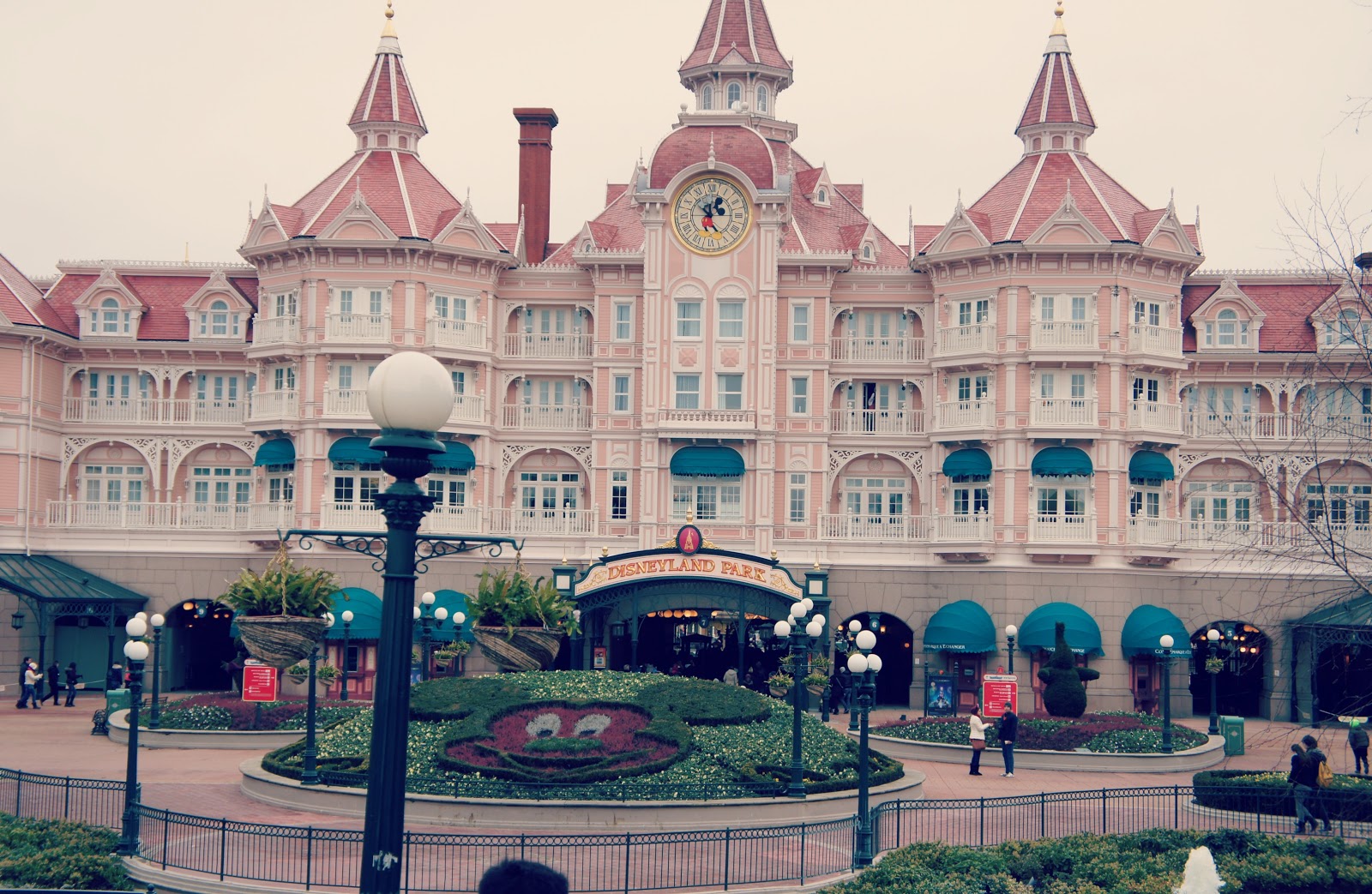 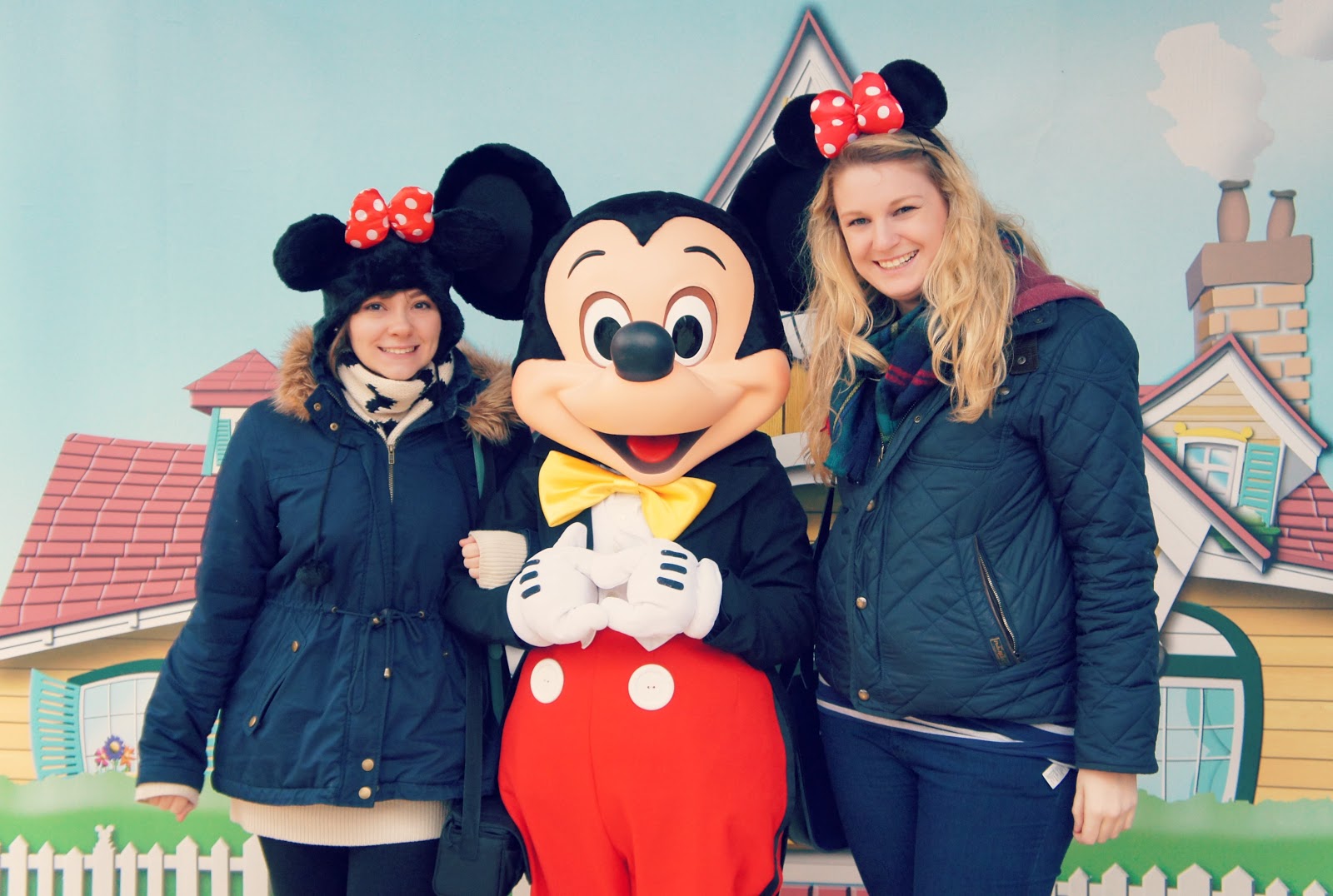 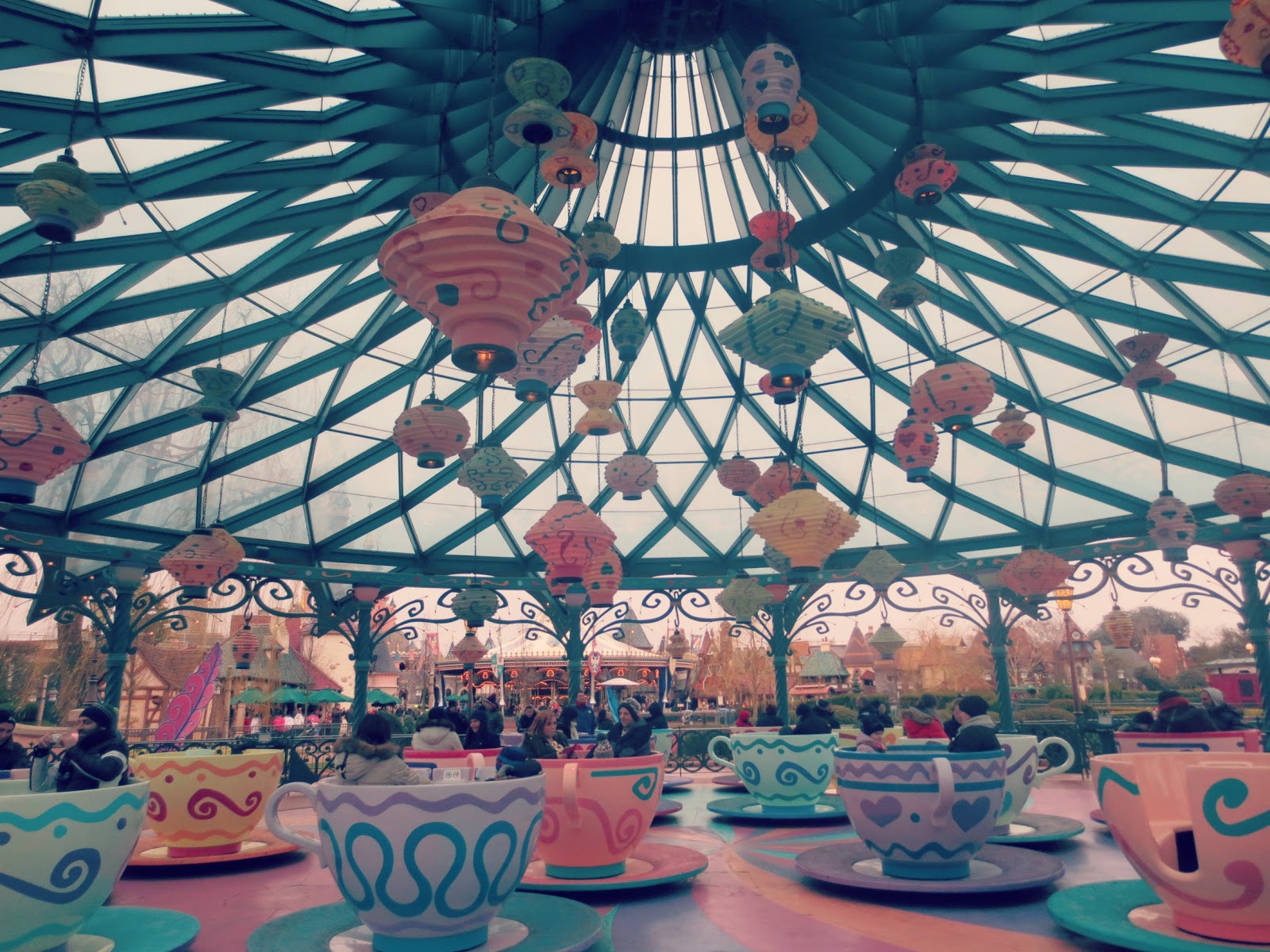 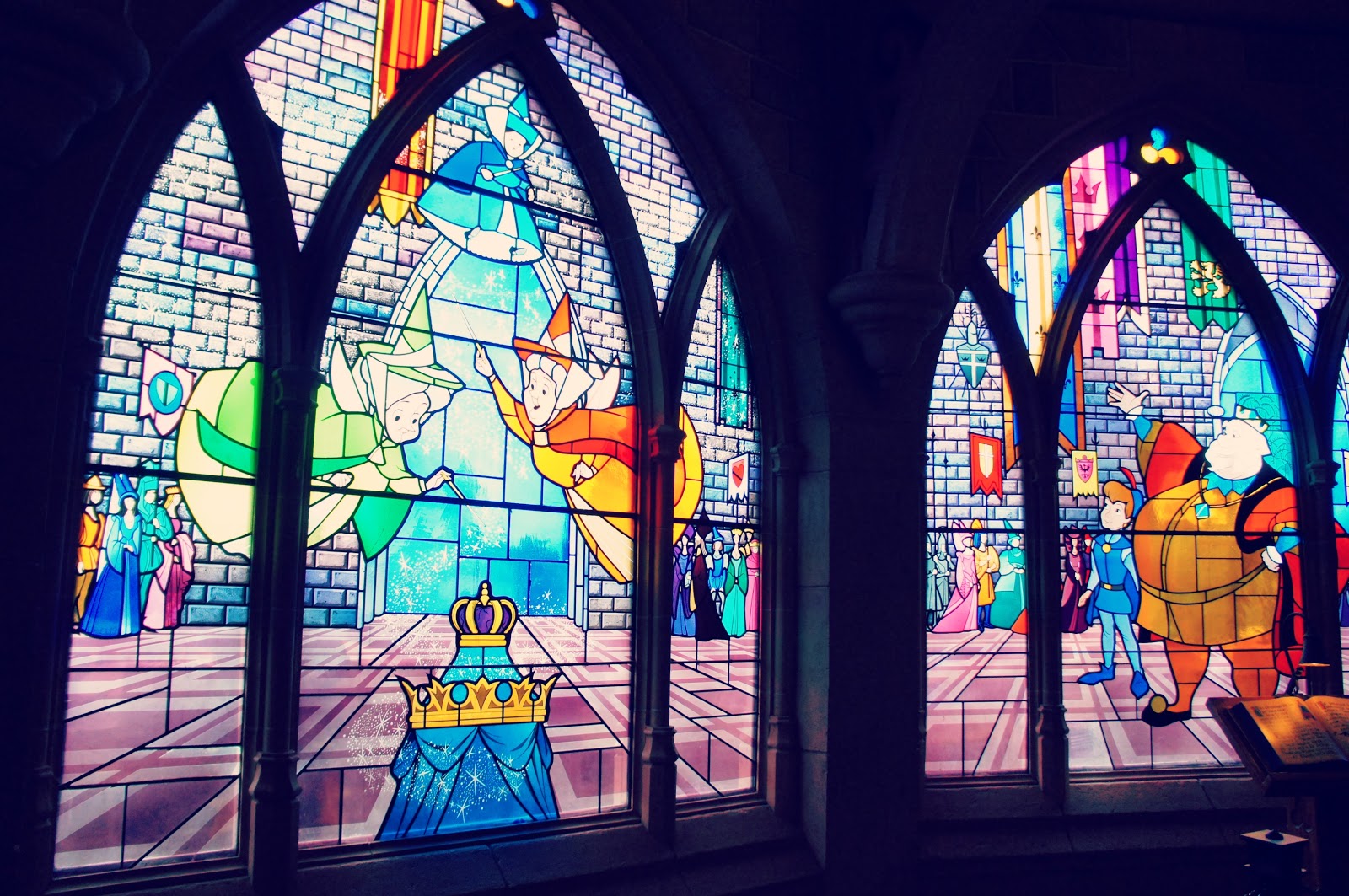 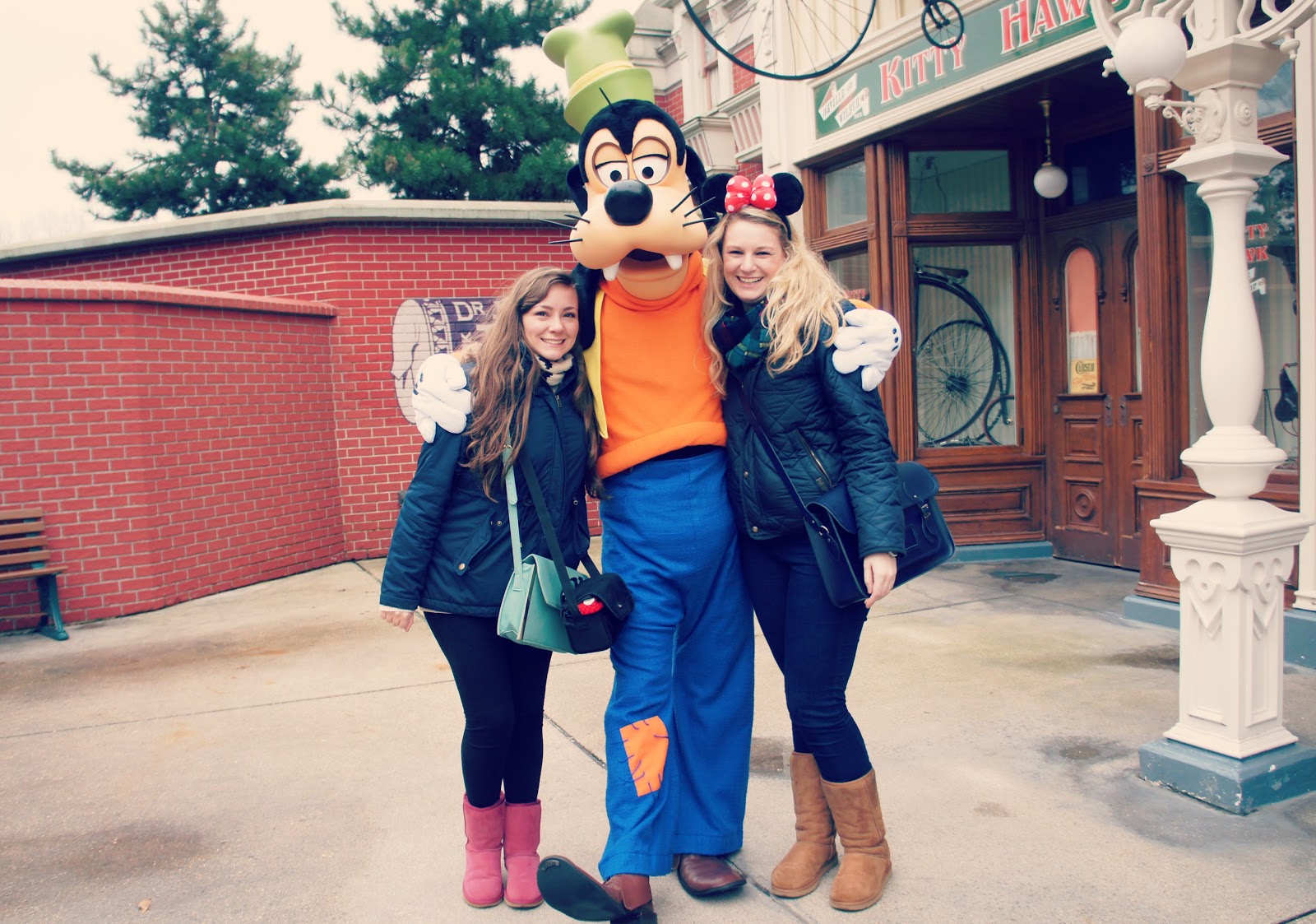 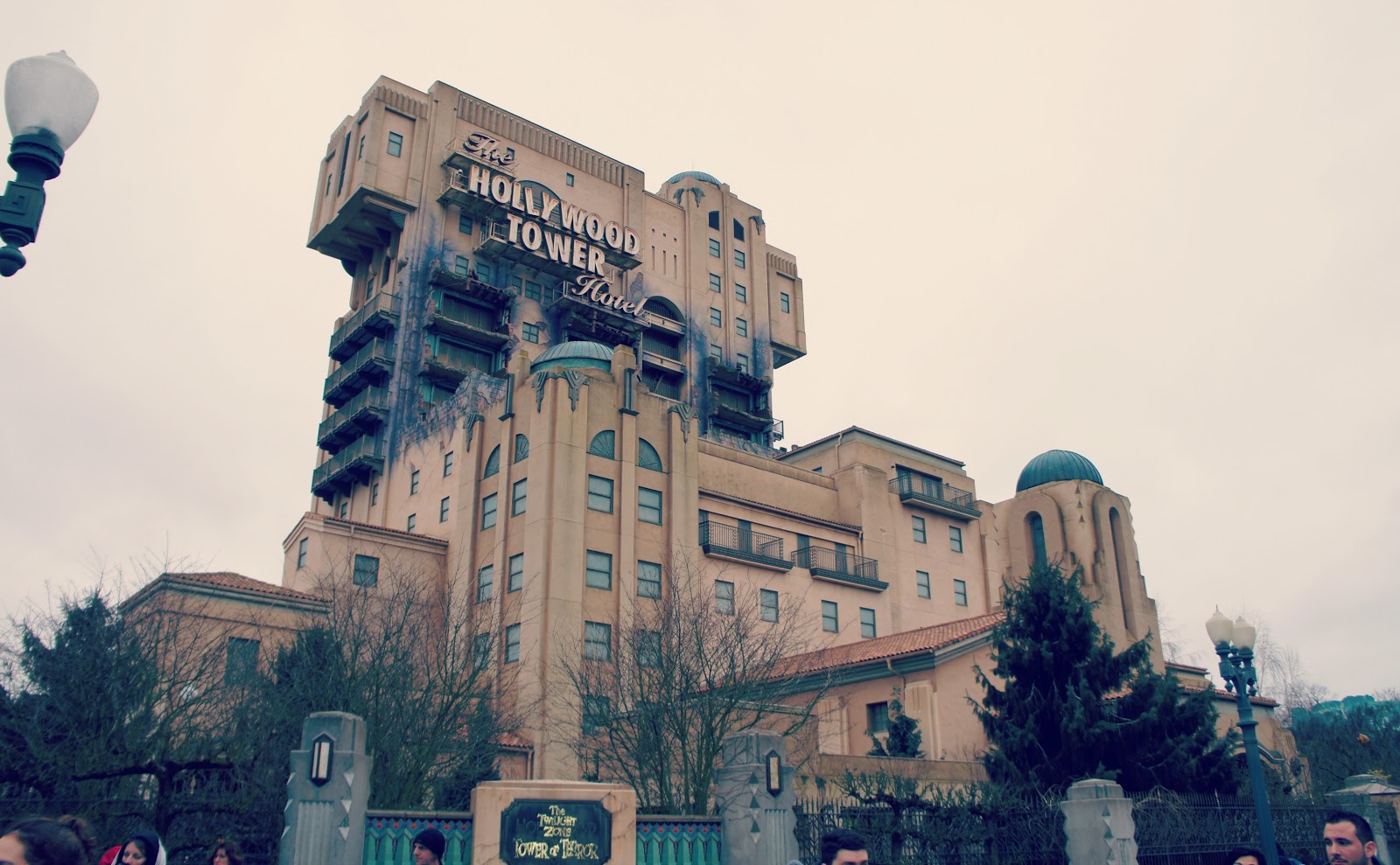 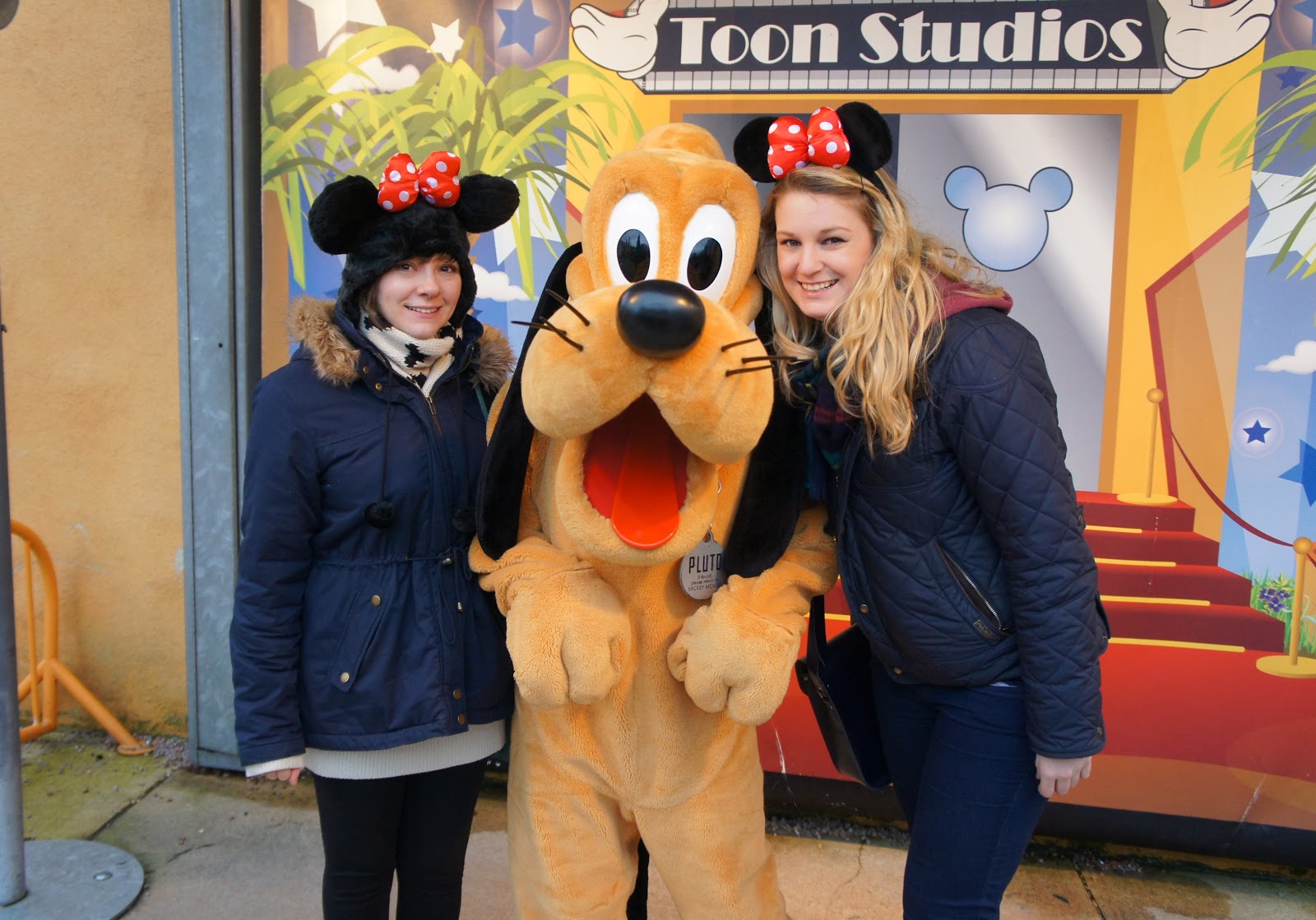 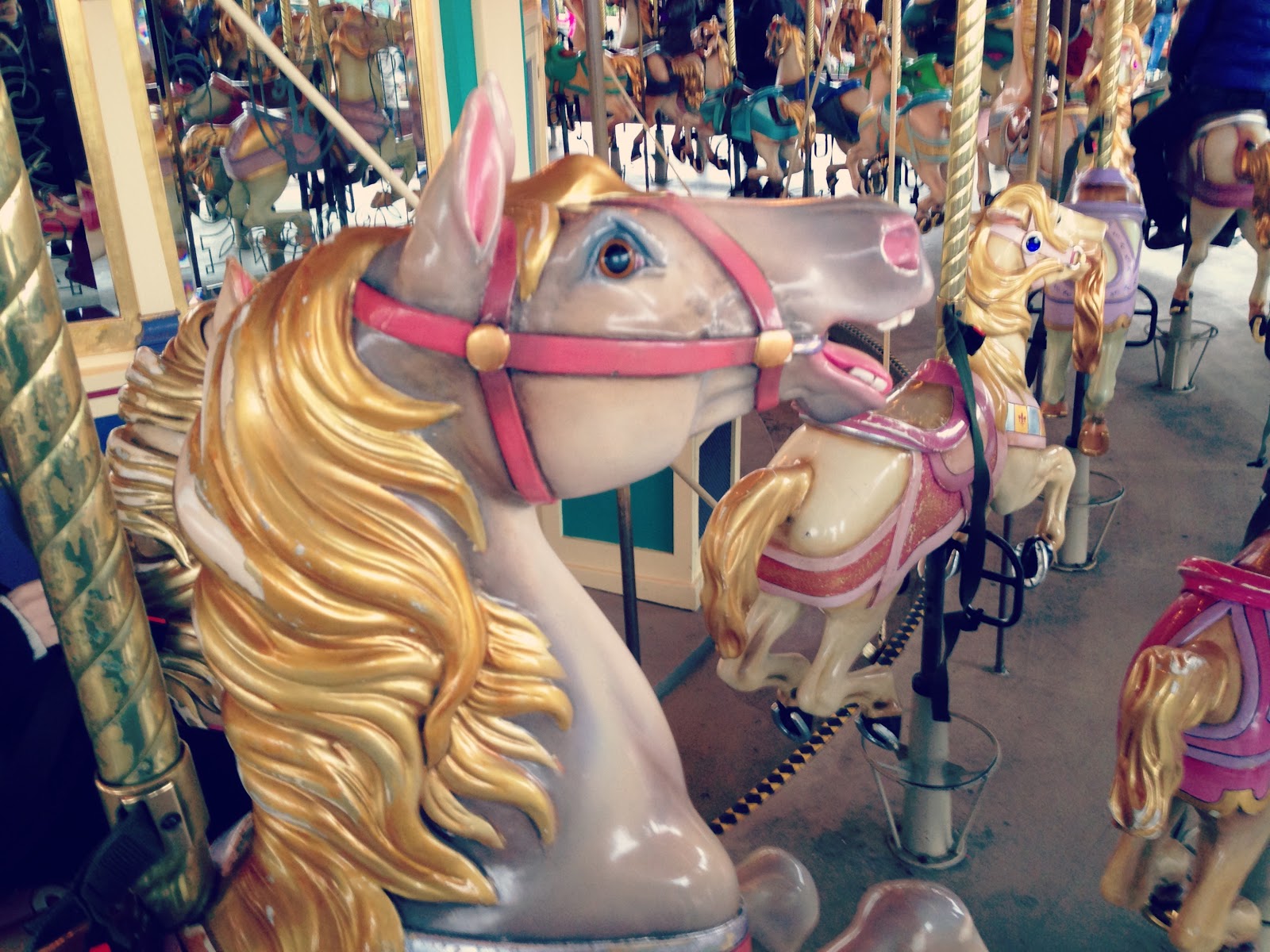 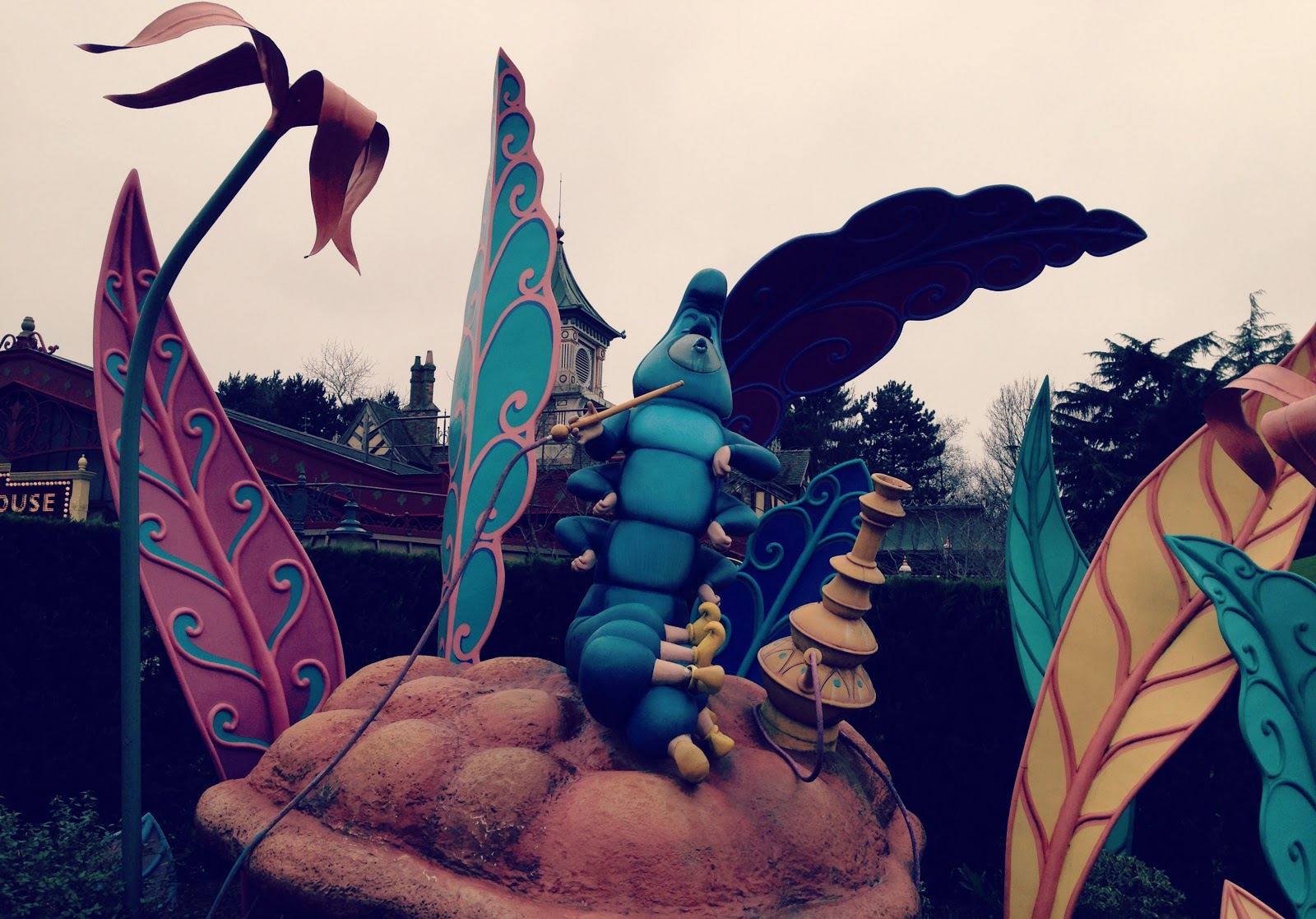 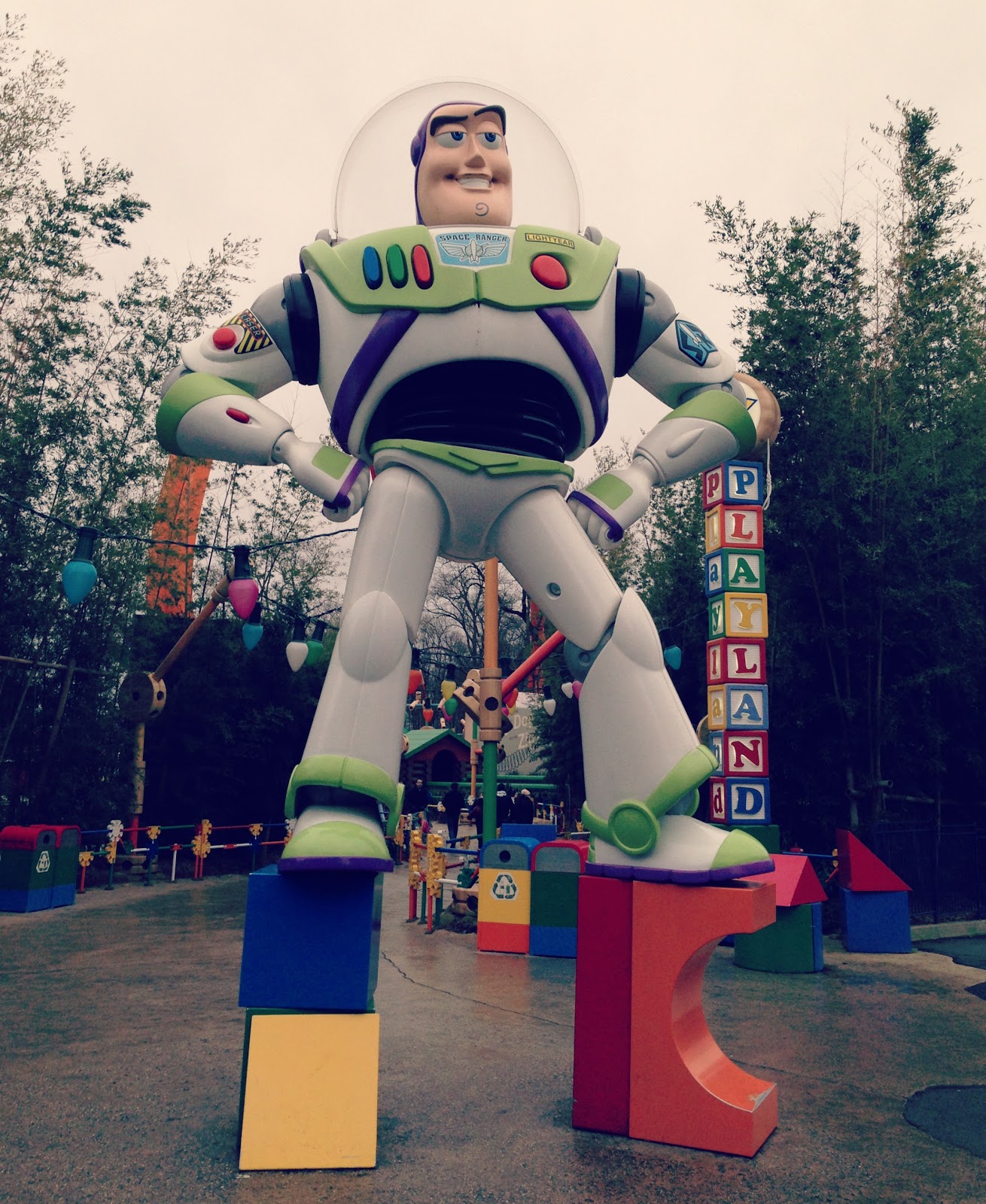 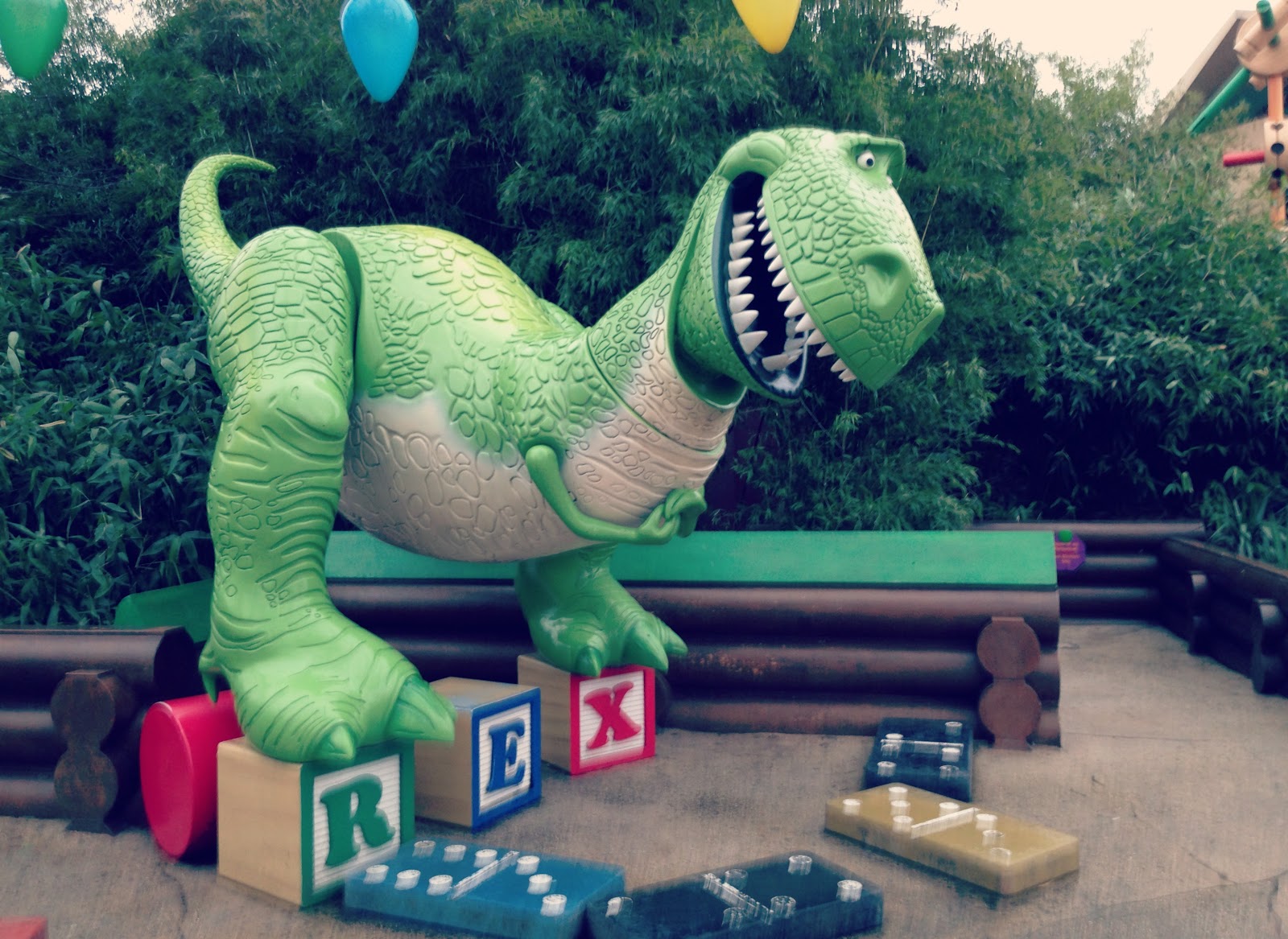 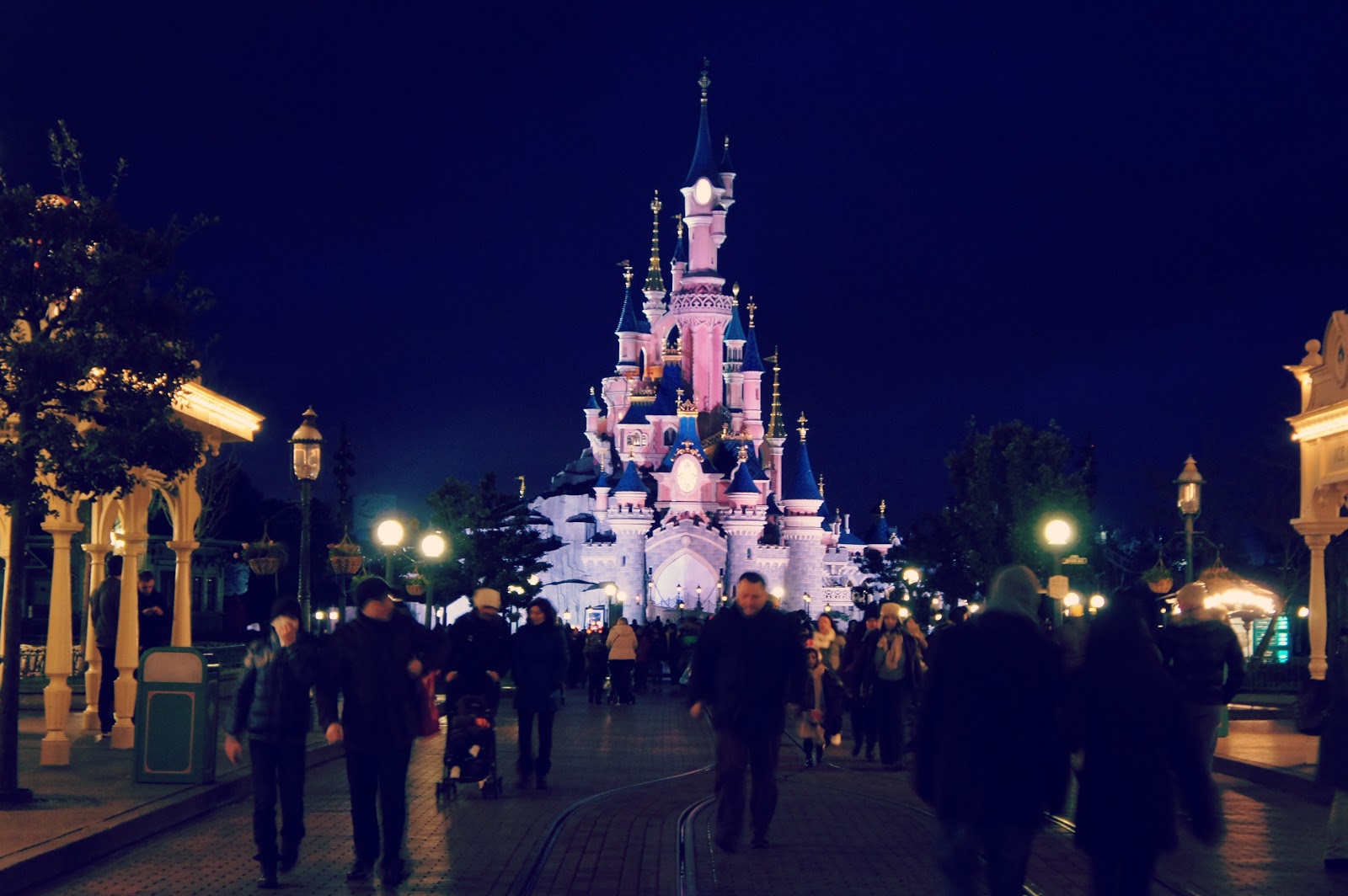 Last week myself and Kayleigh from Blog of Shadows headed to Disney Land Paris for a cheeky little Disney day trip.  Yes you heard right, DAY TRIP!
As you know I am a huge Disney World fan and when we realised that Disney Land in Paris was a totally do-able day option for us we knew we would have to go.  It started off as a silly idea where I said I wanted to get the matching bowls to the plates that we picked up in Florida and I knew they stocked them in Paris.  Before I knew it we’d set a date and began saving and booking ferries.  We opted to go on the ferry and then drive as it was the most flexible option.  The day started at 2.30am with a 4.50am ferry and a three hour drive in France.  It was the first time I’d drove my own car in a foreign country and being on the wrong side of the road whilst on the right side of the car was a surreal experience but I quickly picked up the nack of french driving.
We made it to Disney about 45 minutes after it opened parked next to the entrance and headed on in.  The first thing you notice is Disney Village (a minuscule version of Downtown Disney) and then the Disneyland Hotel which overlooks the entrance to the DisneyLand Park.  As we walked into the park we both exclaimed that we’d never seen Main Street so quiet.  I love the fact that all the Disney Parks have similar entrances and set ups.  It makes it a lot easier to find your favourite rides, especially when you’re in a a country that speaks a language you know very little of.
Speaking of rides, we did all the rides we wanted to do by 3pm.  There was barely any wait times and what surprised me the most is the fact that we walked straight on to ‘Peter Pan’s Flight’ which in the Florida park has at least a 70 minute wait at all times and space Mountain which is actually a better version of it’s Florida counterpart.
One of my favourite things about DisneyLand Paris is the fact that you can explore Sleeping Beauty’s castle.  It has an upstairs with gorgeous tapestries and stain glass windows that depict Aurora’s story, you definitely can’t do that in Florida!
At about 3 o’clock we headed over to Walt Disney Studio’s park which in all honestly is a little light on rides and attractions.  However it does have two of my favourite Disney rides of all time; Rockin’ Rollarcoaster and Tower of Terror.  These two Florida favourites have been given a little twist but they’re still brilliant!  I also loved the Pixar themed part of the part with rides and decorations based on Toy Story, Nemo, Cars and a soon to be Ratatouille ride that is due to open this year.
There were a few things that disappointed us about the parks.  With a combined total of visits that reaches into double figures, we’ve come to expect certain things from a Disney holiday and unfortunately DisneyLand Paris failed to deliver on certain aspects.  The first was the quality of the food.  I’d heard rumours that DisneyLand had awful food but I can now confirm it myself.  The fries were good but I think I ate about 3 bites of my burger and both Kayleigh and I spat out our fruit in the fruit cups because they were so bitter.  If we do a day trip again we said we’d take our own picnic (it would probably be much cheaper too!)  The second thing that disappointed us was the lack of merchandise.  You can get most of it on the Disney Store UK website and we just found it slightly disappointing as we both usually come home from Florida with more than we can carry.  We had money in our pockets and not much to spend it on (although I did pick up a few small treats so look of for a little post on those!)
Overall though we had an amazing day and I still can’t quite believe we managed to pull it off in a single day.  It was very quite and we managed to do everything that we wanted.  I would totally recommend going if you’re looking for a taste of Disney and if you can go outside of school holiday times I think you could get it all done in one day.  I can’t wait to go back and explore it more in the autumn!